Closing the Barn Door AFTER the Horse got out!

And for this reason, and many others, I award him the Prestigious Epitome of an Ass Clown Award! See it after this brief news excerpt.

Breitbart News – Gov. Andrew M. Cuomo finds himself engulfed in scandal as a growing number of Democrats join state Republicans in demanding an independent investigation into his controversial policies and how questionable actions may might have contributed to the catastrophic outbreak of coronavirus in New York nursing homes.

More details have emerged in recent days raising major questions about potentially fatal decisions made under Cuomo’s watch as the death toll in New York’s nursing homes swells to over 5300 and continues to climb.

The center of the storm surrounds a controversial March 25 directive prohibiting nursing homes from testing recovering hospital patients prior to intake. This while Cuomo’s aides reportedly quietly worked to shield nursing homes from lawsuits due to coronavirus following lobbying by industry representatives.

The March 25 executive order in question stated, “[nursing homes] are prohibited from requiring a hospitalized resident who is determined medically stable to be tested for COVID-19 prior to admission or readmission.”

Last week, New York suddenly disclosed more than 1,700 previously unreported deaths at nursing homes and adult care facilities. An Associate Press tally put the number of nursing home virus deaths at over 5300.  Elderly care fatalities in New York have reportedly been on the rise by an average of 20 to 25 deaths per day for several weeks. Read more at Breitbart News 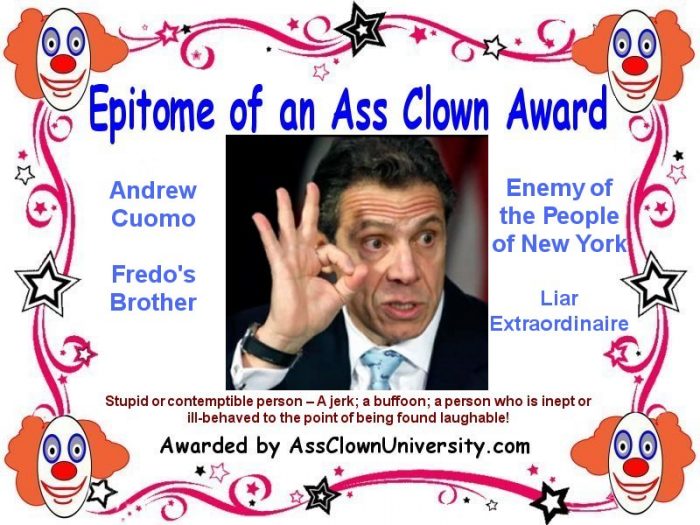