Charlatan and Racist Alfred Charles Sharpton Jr. has received the Prestigious Epitome of an Ass Clown Award for Bravery and Politicizing two Funerals for George Floyd.  Al received his PhD in Racism and Shakedown  tactics many years ago! 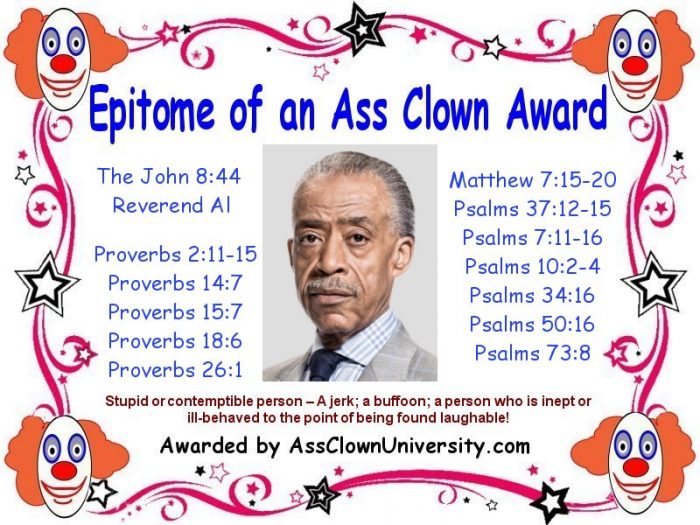