Anthony Fauci is spewing filthy poison and constant lies out of that demonic mouth! Someone needs to cut the spewing off at the source and make sure it never even drips!

Turn off the Fauci 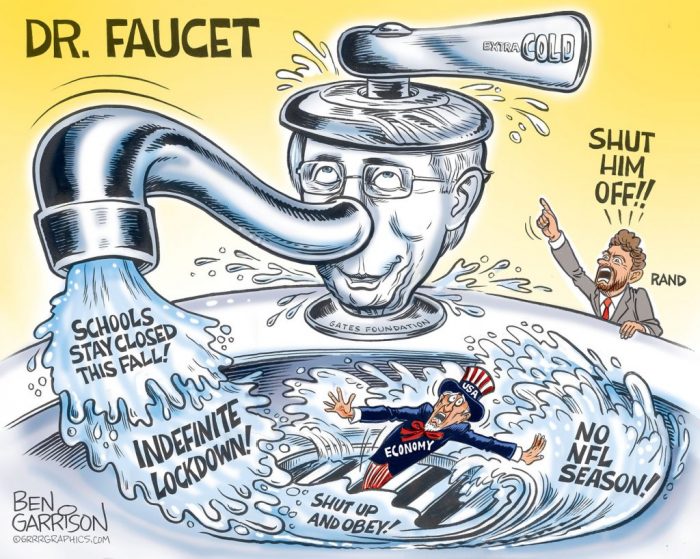 This is what Senator Rand Paul told Dr. Fauci, who seems to be in control of the nation when it comes to the coronavirus. When Fauci talked about extending the lockdown, the stock market promptly tanked.

Fauci has been wrong many times in the past. He was wrong about AIDS and now wrong about Covid 19. Three years ago he said there would be ‘no doubt’ that Trump would face a ‘surprise’ pandemic. Obviously Fauci was not surprised since he and Gates were anticipating the outbreak all along.

Their end game? Everyone on the face of the Earth gets a forced vaccination of unspeakable foulness. 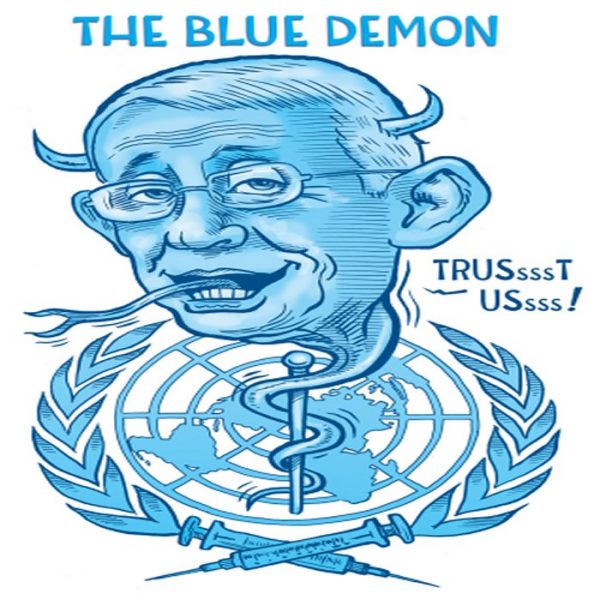 Fauci represents everything wrong with science. Scientists can be bought out, threatened and cajoled just like anyone other human being. Money and power have corrupted science. Medicine has been politicized and Fauci is political functionary backed by the Deep State and Bill Gates. It saddens me to see the diminutive man (both in height and in spirit) stand next to President Trump.

Unlike Rand, I do not respect Dr. Fauci. His admonition of an indefinite lockdown will bring unmitigated disaster to the country. That’s what he wants. He wants us all to beg for Gates’ vaccine.

It’s time to fire Fauci, or at least stop paying attention to him.  – Ben Garrison 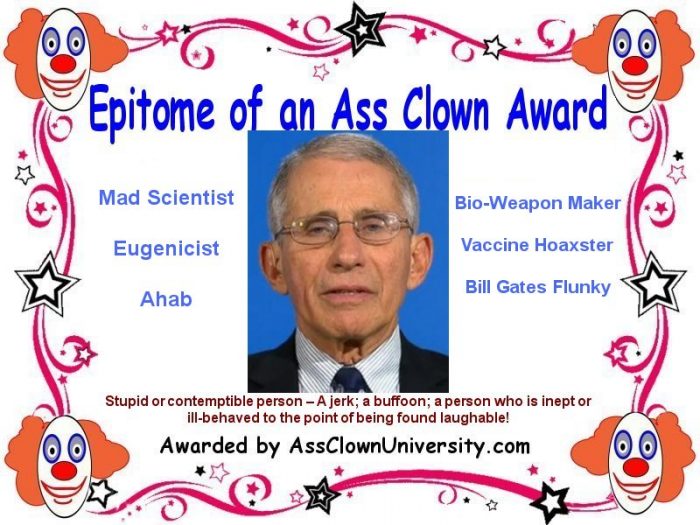