I have never trusted Lindsey Graham. I think he is part of the Thespian’s that are Gaslighting the whole country, especially Republicans!

He has had many opportunities to expose and bring the Corrupt Scum to Justice. He has done NOTHING! He IS ONE OF THEM! 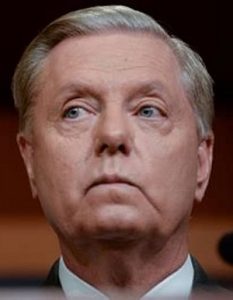 Sean Davis | The Federalist – Graham and his staff kept Republican members of the Judiciary Committee in the dark about an interview of key Russiagate figure Joe Pientka on Thursday, multiple sources told The Federalist.

Sen. Lindsay Graham (R-S.C.), the chairman of the Senate Judiciary Committee, and his staff kept Republican members of that committee in the dark about a pivotal interview of key Russiagate figure Joe Pientka, multiple sources familiar with Thursday’s proceedings told The Federalist.

Graham and his committee investigative staff, helmed by chief investigative counsel Zach Somers, did not inform Republican members of the committee about the interview, multiple Judiciary Committee sources told The Federalist. Even Sen. Charles Grassley (R-Iowa), who has sought an interview with Pientka since 2018, was not told about Thursday’s interview, according to a spokesman for his office.

“Sen. Grassley’s staff was not aware this interview was happening,” a spokesman for the Iowa senator said. He added that Grassley and his staff had been “interested in speaking with Pientka for a while.”

“We were not informed” of the interview of Pientka, another top aide to a Republican senator on the Judiciary Committee told The Federalist.

Read the rest at the Federalist

What is in the Dossier they have on Lindsey? Homosexuality, Pedophilia, Child Sacrifice?  God knows!