Nasty Nancy: If Senate Votes to Acquit President Trump ‘He Will Not Be Acquitted’

The Wicked Witch has a Melt Down 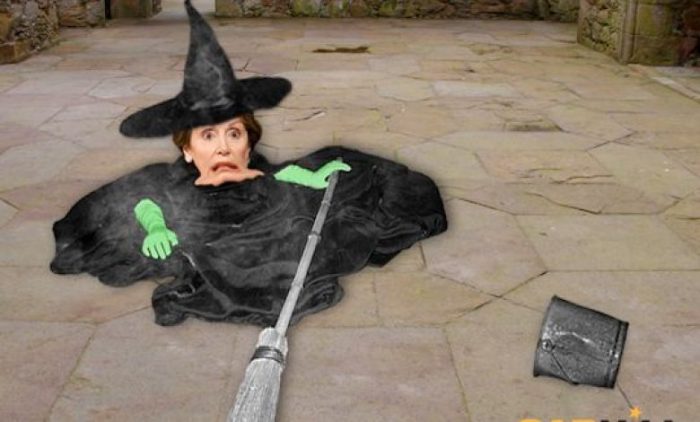 A reporter asked Pelosi if Trump will be “chastened” knowing “Congress is watching him” or “emboldened” if the Republican-majority Senate votes to acquit him.

.@SpeakerPelosi: If the Senate votes to aquit Pres. Trump, he “will not be acquitted” pic.twitter.com/3ovJZA1NrX

Senate Majority Leader Mitch McConnell (R-KY) currently has the votes to block new witnesses and the impeachment trial should be over by the weekend, according to ABC News.

The fast trial has come as a hammer blow to Pelosi, who tried to drag out impeachment proceedings as long as possible and sought to maximize the political theater by refusing to deliver the articles of impeachment to the Senate for 33 days.