First off, John McCain is no Hero. He is a Traitor and collaborated with the enemy while he was at the Hanoi Hilton in Vietnam.  See more info about this Clown at Government Propaganda. 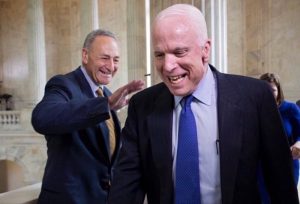 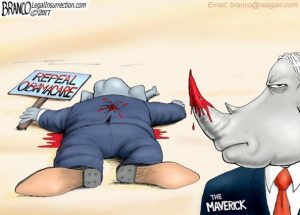 McCain like a Snapping Turtle when ask hard question.
Peter Doocy, Fox News, won’t be interviewing Traitor McCain any time soon! He asked Sen. John McCain a straight forward question concerning the strained relationship between McCain and President Trump. Doocy asked if that relationship had become “so frayed” that he would refuse to support anything the President is trying to accomplish. McCain snapped at the kid and called that a stupid question. “Why would you say something that stupid? Why would you ask something that dumb?” The Arizona senator added: “My job as a United States senator — you mean I am somehow going to behave in a way that I’m going to block everything because of some personal disagreement? That’s a dumb question.” Read the rest here. 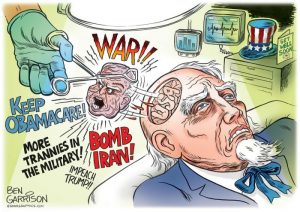 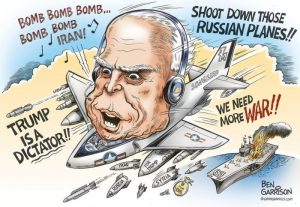