Why? Because it is not fair that women have to pay for Tampons and other feminine  products to sop up their mess!

Oh BTW, the Tranny’s are exempt from this Lunacy because they don’t know what the hell they are.

Clown World: ‘Period Activists’ Say Men Should Have to Pay for Toilet Paper in Public Restrooms 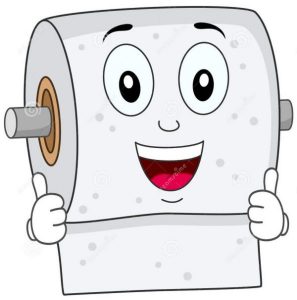 Paula Bolyard | PJ Media – I don’t know about you, but I wish we could go back to a world where we didn’t have to talk about periods and other bodily functions all day long. Unfortunately, we are going in the opposite direction, with toilet paper commercials showing bears with skidmarks on their Jockey shorts (where’s Mr. Whipple when you need him?) and harpies from the “Menstrual Movement” suggesting that men should have to pay for toilet paper in public restrooms.

A non-profit group called “PERIOD,” in partnership with HUGE, a marketing firm, released a tongue-in-cheek (or was it?) video on Sunday, showing what would happen if men had to insert coins into a toilet paper dispenser in a public restroom. The activists behind the video are trying to make the point that women have to pay for their own menstrual supplies, which is not fair or something.

A press release from HUGE says that in order to bring awareness about a lack of access to period products in public restrooms, the group “installed the machine in a men’s restroom as a one-day activation and filmed a video to generate conversation online about pad and tampon accessibility in public restrooms” in conjunction with International Women’s Day on Sunday.

“Toilet paper is an essential human need, and it’s free in public restrooms,” the press release goes on to say. “But for 50% of the population, an equally critical item is missing: tampons. And in the rare case they are available, they usually cost money.”

The press release then goes on to make a fair point—that pads and  tampons are dispensed from “archaic, coin-operated” machines “that are rarely stocked and usually broken.” But they’re not calling for working tampon dispensers. Instead, the group says it is fighting for “freely accessible period products in schools, shelters, and prisons — because menstrual hygiene is a right and not a privilege.”

It’s only a matter of time before they uncover a penumbra in the Constitution to prove that we all have a right to free tampons.