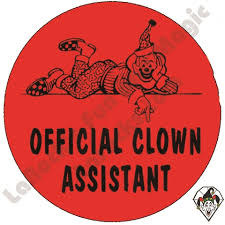 This one here is one of those Short Haired Lesbian Bimbo types. She is also a “Silly Woman” who needs to be sterilized so she can’t have any offspring. It’s bad enough that she has access and is filling the minds of others with her communist, racist idiocy.

white men.”  “I was taught that ^ as an undergrad by an amazing prof,” she said in a follow-up tweet. “In normal life, who has the easiest time speaking, most opportunities? Flip it.” “McKellop is a marriage and family historian ‘with interests intersecting in areas of gender, sexuality, the body, and race.’ She examines how marriage intersects with prostitution and human trafficking, and is currently focusing on folk and popular marriage and divorce conflicted with state and church powers in colonial Carolina,” The Daily Caller reports.

McKellop locked her account and claimed she was facing Nazi persecution: McKellop defended her discriminatory practice as a “well worn pedagogical tactic which includes calling on [people of color],” according to a report from Inside Higher Ed.

Steven J. Fluharty, dean of the School of Arts and Sciences said Penn is “looking into the current matter involving a graduate student teaching assistant to ensure that our students were not subjected to discriminatory practices in the classroom and to ensure that all of our students feel heard and equally engaged.”

University of Pennsylvania president Amy Gutmann has been silent on the issue. You can contact her on Facebook and ask her if she supports open discrimination against white people in her classrooms.