Poor ole Mad Maxine is loosing her mind and her Mental Illness is manifesting at an incredible rate. If there was ever a person who is a true Clown and makes an Ass out of themselves in public, it is Maxine Waters!

As the days pass in the Trump Presidency, Mad Maxine’s demons are in a tizzy fit. I fear she just might have a stroke right on camera! Keep up the good work Mr. President! 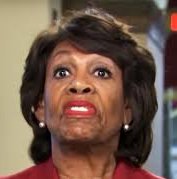 “And the LORD opened the Mouth of the Ass, and SHE said……”

Maxine Waters to women: John Conyers ‘has impeccable integrity on our issues’

‘The Fight Is On!’: Maxine Waters Continues ‘Fight’ to ‘Impeach 45,’ Says Mike Pence Is Next

Mad Maxine Waters promise to ‘go and take out Trump’

Not only is she a Clown, she is as crooked as they get!

BUSTED! Maxine Waters Caught With Her Hands In The Cookie Jar 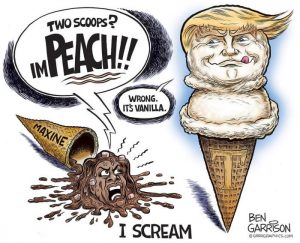 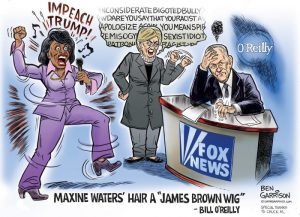