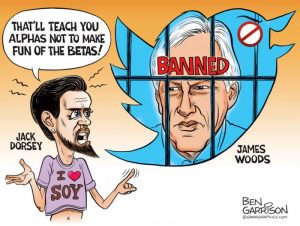 Twitter’s reason was that Woods had tweeted a funny meme of Democrat beta males staying home in November to “empower” the liberal woman’s vote. This was a Tweet from July 20th which had been retweeted thousands, if not millions, of times by other twitter accounts. James Woods was singled out and punished. 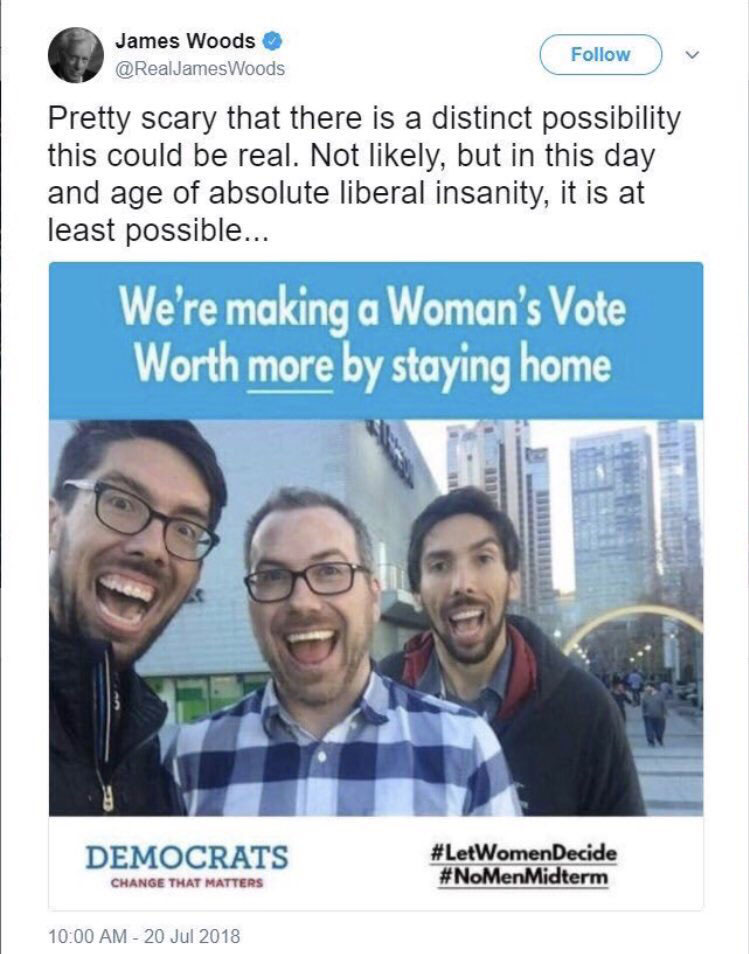 “The irony is, Twitter accused me of affecting the political process, when in fact, their banning of me is the truly egregious interference,” Woods said. “Because now, having your voice smothered is much more disturbing than having your vocal chords slit. If you want to kill my free speech, man up and slit my throat with a knife, don’t smother me with a pillow.”

“I wish this were about an unknown Twitter user so that I could be even more passionate about it,” Woods said. “This is not about a celebrity being muzzled. This is about an American being silenced – one tweet at a time.”

Woods said said if he deletes the tweet, it would force him to watch his step with everything he says in the future, chilling free speech. The email Woods received from Twitter said Woods would be suspended from the social media platform permanently if there are repeated abuses.Like James Woods said, America is being silenced, one tweet at a time. –  GrrrTeam Post