Two Ass Clown— Feminist— Jezebel Bimbo’s have gone full-blown Lunatic! And I will also add that they are “Silly Women“!! 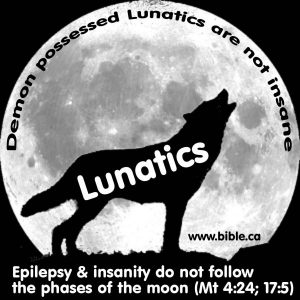 There must be a talking point circulating among these Reprobates. See this: New Feminist Trend? Castrate Men, Save their Sperm, Tax them for it Until it Gets Used to Prevent Abortion!

Bat-Crap Crazy Liberal Feminist Wants To Literally Castrate Men, Save Their Sperm And Tax Them For It Until It Gets Used… To Prevent Abortion

Feminist Says Family Must Be “Abolished” to ‘Dismantle Capitalism’

“Heteronormativity of familial relations” must be reversed.

Feminist Sophie Lewis has written a new book in which she argues that in order to ‘dismantle capitalism’ it’s necessary to ‘abolish the family’.

Lewis was interview by left-wing website the Nation under the headline Want to Dismantle Capitalism? Abolish the Family.

According to the piece, patriarchy and capitalism combined to produce alienated workers who became “instruments of production” for the men who lorded over them.”

This led to the “heteronormativity of familial relations” and must be combated by a “radical reconceptualization of pregnancy itself”.

If by this point, you’re wondering what the hell any of this is about, don’t worry, you’re not alone.

Quite how the family unit is to be ‘abolished’ isn’t explained.

Lewis argues that pregnant women are subject to “biological and societal violence” and that “the ostensibly feminist objection to surrogacy arrangements underwrites the ossified and alienated familial relations that make capitalism possible.”

Capitalism and the family unit are two of the bedrocks of western society. As a fringe leftist, it’s unsurprising that Lewis wants to totally obliterate both.

The rest of the article is a blathering mess of clichéd ‘woke’ progressive nonsense and I won’t bore you with its contents.

Joy Behar: ‘We Should Make It A Law’ Requiring ‘White Guys’ Who Vote for Abortion Restrictions Get Vasectomies

Breitbart News – Wednesday on ABC’s “The View,” co-host Joy Behar said a law needs to be passed requiring forced vasectomies for the “white” male Alabama state senators who voted for a bill to ban nearly all abortions.

Highlighting an image of 25 white men who voted for the restrictive legislation, Behar said, “Can we look at a picture of the panel of men who did this? There it is. Gee, what do they have in common? They’re all men, all white guys.”

She continued, “Maybe we should make it a law that they should all be required to get a vasectomy, that group in particular.”

She added, “That would solve the problem.”