If you don’t know, the vegetable is “White”!

Proverbs 27:15 “A continual dropping in a very rainy day and a contentious woman are alike.” 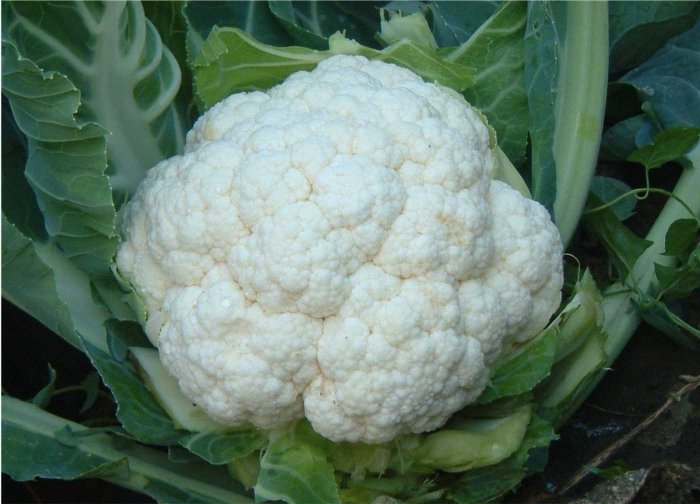 “What I love too is growing plants that are culturally familiar to the community. It’s so important,” the 29-year-old freshman congresswoman said while filming herself strolling through a community garden in the Bronx.

“That’s really how you do it right,” the self-described Democratic- socialist continued in a follow-up video. That is such a core component of the Green New Deal is having all of these projects make sense in a cultural context, and it’s an area that we get the most pushback on because people say, ‘Why do you need to do that? That’s too hard.’”

Ocasio-Cortez then said that growing cauliflower in community gardens represents a “colonial approach,” turning off people of color from embracing environmentalism.

“But when you really think about it — when someone says that it’s ‘too hard’ to do a green space that grows Yucca instead of, I don’t know, cauliflower or something — what you’re doing is that you’re taking a colonial approach to environmentalism, and that is why a lot of communities of color get resistant to certain environmentalist movements because they come with the colonial lens on them,” she argued.

Ocasio-Cortez’s latest head-scratching remarks come after walking back her infamous prediction that the world will end in 12 years due to climate change. In a May 12th tweet, the progressive lawmaker suggested that Republicans too often “fact check” her jokes, accusing them of taking her quips too literally. “[Y]ou’d have to have the social intelligence of a sea sponge to think it’s literal,” said of her January remark in which she said the world will end in 12 years if we do not solve global warming climate change.

The only good news is that the more that comes out of the mouths of Retards like this Bimbo, the more Fence riders will come over to the “RIGHT SIDE” and leave these LUNATIC Democrats to wallow in their idiocy!