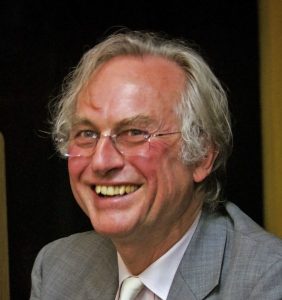 Steve Watson | InfoWars – In a set of rather bizarre tweets on Sunday, notorious atheist Richard Dawkins argued that eugenics, the practice of selective breeding supported by the Nazis, would work perfectly well if applied to humans, because it works on animals.

“It’s one thing to deplore eugenics on ideological, political, moral grounds. It’s quite another to conclude that it wouldn’t work in practice,” Dawkins wrote.

“Of course it would. It works for cows, horses, pigs, dogs & roses. Why on earth wouldn’t it work for humans? Facts ignore ideology,” he added.

It’s one thing to deplore eugenics on ideological, political, moral grounds. It’s quite another to conclude that it wouldn’t work in practice. Of course it would. It works for cows, horses, pigs, dogs & roses. Why on earth wouldn’t it work for humans? Facts ignore ideology.

Sensing that his comments would generate immediate backlash and Hitler comparisons, Dawkins clarified that he wasn’t advocating for eugenics, merely acknowledging that it would be a very effective practice.

“For those determined to miss the point, I deplore the idea of a eugenic policy,” he said.

“I simply said deploring it doesn’t mean it wouldn’t work. Just as we breed cows to yield more milk, we could breed humans to run faster or jump higher. But heaven forbid that we should do it.” Dawkins explained.

A eugenic policy would be bad. I’m combating the illogical step from “X would be bad” to “So X is impossible”. It would work in the same sense as it works for cows. Let’s fight it on moral grounds. Deny obvious scientific facts & we lose – or at best derail – the argument.

Dawkins has previously made his thoughts on eugenics clear, writing that he suspects “that the idea is too dangerous for comfortable discussion, and my conjecture is that Adolf Hitler is responsible for the change.”

“Nobody wants to be caught agreeing with that monster, even in a single particular.” Dawkins continued, adding “The spectre of Hitler has led some scientists to stray from “ought” to “is” and deny that breeding for human qualities is even possible.”

“But if you can breed cattle for milk yield, horses for running speed, and dogs for herding skill, why on Earth should it be impossible to breed humans for mathematical, musical or athletic ability? Objections such as ‘these are not one-dimensional abilities’ apply equally to cows, horses and dogs and never stopped anybody in practice.” Dawkins urged.

“In the 1920s and 1930s, scientists from both the political left and right would not have found the idea of designer babies particularly dangerous – though of course they would not have used that phrase.” Dawkins further asserted.

“I wonder whether, some 60 years after Hitler’s death, we might at least venture to ask what the moral difference is between breeding for musical ability and forcing a child to take music lessons. Or why it is acceptable to train fast runners and high jumpers but not to breed them. I can think of some answers, and they are good ones, which would probably end up persuading me. But hasn’t the time come when we should stop being frightened even to put the question?” the evolutionary biologist stated.

Dawkins’ latest considerations on eugenics quickly opened up a torrent of disbelief.

Greg Epstein, Humanist Chaplain at Harvard University, was one of the first to respond:

So unacceptable for Richard Dawkins to tweet about eugenics without clearly condemning it. Dawkins is *supposedly* one of our exemplars of humanism & science outreach. Yet today he's given every manner of passive and active bigot an opening to "consider" persecution on steroids. https://t.co/jycoxZQJFP

This eugenics crap is so dangerous. In the US it lead to forced sterilizations of women in the South — sometimes against their wills, often without their knowledge — that became so common that they came to be referred to as “Mississippi appendectomies.” https://t.co/TKFQGFc0dL

While Richard Dawkins is a noted biologist, his science on eugenics is bad. We turned magnificent wolves into pure breed dogs with severe genetic defects causing joint and heart problems and cancer. In fact, many Cavalier spaniels develop mitral valve and neurological disorders.

I have literally never seen an argument against eugenics that hinges on the idea of whether or not it "would work." The issue is what would it mean to say that eugenics "works," which you conveniently have not defined. Care to elaborate on what a "working" model of eugenics is?

You absolute pin-headed simpleton. It doesn't work in practice because too many of the goals turn out to be arbitrary fantasies, and too many of those fantasies are the pet projects of abusive bigots who fuck up any civilization they get their hands on. Are you new here? Christ.

You're gonna start talking about 'useless eaters' next. We see you.

This is racist trash, Richard. The analogy you draw here between the ideology of eugenics and the domestication of cows or horses is false, dangerous, and historically illiterate.

He is not only an Atheist, he is a Cannibal! 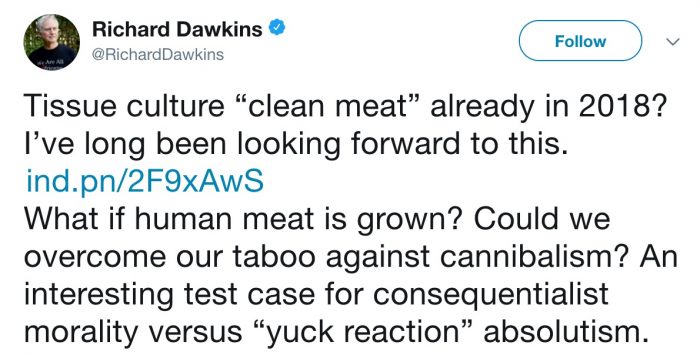