Religious Ass Clowns are just like the Pharisees, and  Sadducees . They are all puffed up in their Religious garb (see below) and parade around wanting to be seen and heard! They are like cymbals and tinkling bells!

Star Parker: Black Leaders Peddle ‘The Perception Of Racism’ To Get Money And Power

“But that national attention and his opinions on an array of hot-button issues have drawn opponents, with his critics saying Barber was sometimes more about making headlines than making things better. Last month, he told Gov. Roy Cooper he wouldn’t be invited to the conference because of how a murder case has been handled.

“My bottom line with him is that he liked to flout that he was a man of the cloth. He wore his clerical garments to rallies where he was whipping people up,” said Francis DeLuca, president of the Civitas Institute, a conservative public policy group based in Raleigh. “I have said to him that he should act more like a reverend and less like a partisan.” Source: News Observer

The Reverend, and is part of a false doctrine cult known as the Disciples of Christ. They preach and believe “another gospel”! He is also a leader of the Racist NAACP. 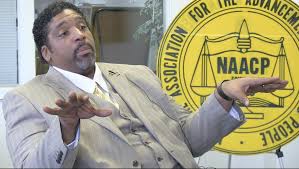 Galatians 1:8-9 “I marvel that ye are so soon removed from him that called you into the grace of Christ unto another gospel: 7 Which is not another; but there be some that trouble you, and would pervert the gospel of Christ. 8 But though we, or an angel from heaven, preach any other gospel unto you than that which we have preached unto you, let him be accursed. 9 As we said before, so say I now again, If any man preach any other gospel unto you than that ye have received, let him be accursed.”

See: “Who are the Disciples of Christ, and what do they believe” at Got Questions

“I was at the border,” Barber recalled on MSNBC’s “AM Joy.” “We walked into the Rio Grande. We watched families have to walk into the Rio Grande to touch family members they hadn’t seen for 16 years. I went to the wall. We saw children reaching through the walls. I didn’t see rapists and criminals. I saw a criminal wall and wall that is raping people’s opportunity.” Source: Breitbart news

The man is also a Racist, being former president of the North Carolina NAACP, a racist organization hiding behind the civil rights narrative. He is just another Jesse Jackson, Al Sharpton Clone!