Proof Democrats are Communists, Socialists and Fascists Rolled up in in one Filthy Carpet!

“That book”, as you call it, you dirty necked, stringy haired, old whore….., is the basis which this country was founded, and that is why YOU and the rest of Your ASS CLOWNS hate it!! 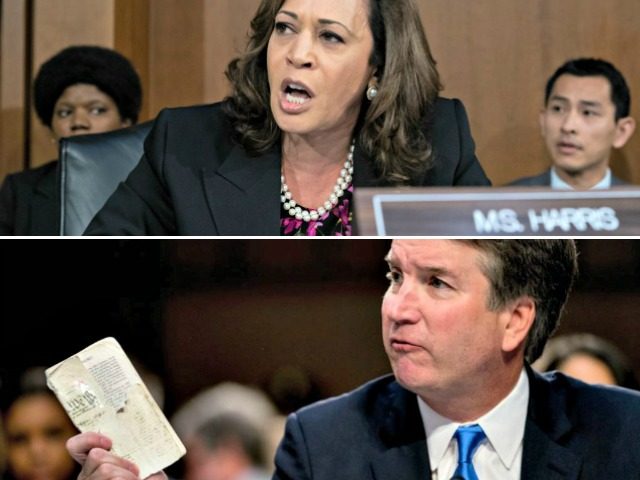 Sen. Kamala Harris (D-CA) described a pocket-sized version of the U.S. Constitution belonging to Supreme Court nominee Brett Kavanaugh as “that book you carry,” on day four of the judge’s confirmation hearing.

Asking Judge Kavanaugh which unenumerated rights he would do away with, Harris said:

I’m going to ask you about unenumerated rights. You gave a speech praising former Justice Rehnquist’s dissent in Rhodes, there’s been much discussion about that, and you wrote, quote, celebrating his success, that ‘success in stemming the general tide of free-wheeling judicial creation of unenumerated rights,’ that is what you said in celebration of Justice Rehnquist. So ‘unenumerated rights.’ is a phrase that lawyers use, but I want to make clear what we’re talking about. It means rights that are protected by the Constitution even if they’re not specifically mentioned in the Constitution. They are not in that book that you carry.

Kavanaugh replied, “Three points I believe, senator, first the constitution, it is in the book that I carry. The constitution protects unenumerated rights. That’s what the Supreme Court has said.” Source: Breitbart News

The Democrats are the party of the Deep State Swamp. 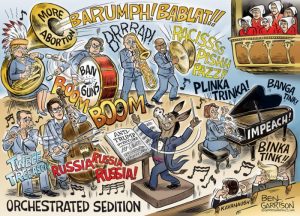 They’ve made it clear that they will oppose Trump no matter what. They’re playing an ugly, dangerous tune. To many of us, it sounds like sedition.