Yea this is real and not fake news like the Babylon Bee or an Onion satire piece. This Lunatic has actually been arrested twice before, and is still free to roam the streets like a rabid animal!

Genesis 3:21 “Unto Adam also and to his wife did the LORD God make coats of skins, and clothed them.” 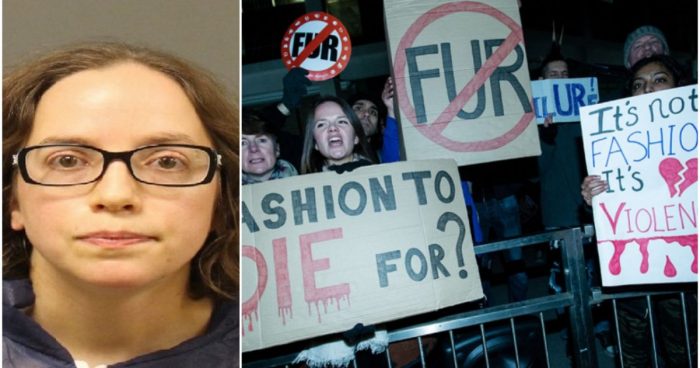 Lowell was arrested for attempting to order a hit on a fur-wearer back in 2012, and was charged with another knife attack last year on a person wearing fur last November

ANTIFA isn’t the only violent far-left organization in America committing acts of terrorism against their enemies. There are also many enviro-terrorists lurking out there, committing violence in a deranged attempt to avenge animals.

Meredith Lowell, 35, stands accused of such criminal actions. Lowell is being charged with attempted murder and felonious assault for a stabbing that reportedly occurred at Fairmount Presbyterian Church in Cleveland Heights, OH on Wednesday evening.

A Cleveland Heights police report noted that the likely motive behind the stabbing was because the individual was wearing fur boots. Lowell was arrested for attempting to order a hit on a fur-wearer back in 2012, and was charged with another knife attack last year on a person wearing fur last November. That case is still pending at the present time.

“From information learned thus far, it appears that the suspect targeted the victim simply because she was wearing fur,” the department said on Thursday afternoon with the investigation still ongoing.

Law enforcement said on Thursday morning that the victim was taken to Cleveland Medical Center, and she is in stable condition. She is being treated for her injuries, which are not believed to be life-threatening. She was reportedly stabbed twice in the arm and one time in the abdomen during the vicious attack by the left-wing terrorist.

When police arrived the scene, the stabbed lady was lying down inside of the church bleeding extensively. A man was holding Lowell down on the floor to prevent her from escaping. Law enforcement escorted Lowell to the Cleveland Heights City Jail where she is currently awaiting her first court appearance. Read more at Big League Politics

Maybe this Nasty Wacko is one of those Perverted Furries!

Read these articles about these nut-jobs:

Send In The Clowns Part 3

X-Furry email about the “Sick Community”

Update: 11/25: Oh, BTW, the fur boots that she was wearing turned out to be fake police say!