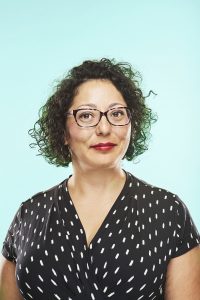 UPDATE Feb. 19 – Cristina Garcia urged staffers to play “spin the bottle” after a political fundraiser. Fired man after he refused!

David John Kernick has filed a formal complaint with the California Department of Fair Employment and Housing claiming he was dismissed from his job in Garcia’s district office for questioning the propriety of asking staffers to play the game.

Kernick, 38, who worked for the assemblywoman for five months in 2014, described to POLITICO an evening of heavy drinking in which Garcia ended up sitting on a hotel room floor with about half-dozen people — including her staffers and at least one male friend — and prompted them to play a game that results in participants kissing each other. More at Politico

According to Southern California Public Radio, San Diego lawyer Dan Gilleon filed a formal complaint against Garcia, on behalf of four anonymous former members of her staff, with the Assembly Rules Committee detailing allegations that she had discussions about sex and drinking alcohol in her office. More at Breitbart News

Is She really one of those Tranny He’s? Surely and fine upstanding woman in the community would not do something like this! Gotta be a Tranny!

Not only is she a Silly Woman Feminist, she apparently is a drunkard too! Yep, she sure is a great role model huh?

Politico – SAN FRANCISCO — California Assemblywoman Cristina Garcia — whose high-profile advocacy of the #MeToo movement earned her national media notice — is herself the subject of a state legislative investigation in the wake of a report that she sexually harassed and groped a former legislative staffer.

In December, when Time magazine announced that “Silence Breakers” who spoke out against sexual harassment were its Persons of the Year, Garcia’s face was prominently included in the art accompanying the cover story.

But Daniel Fierro of Cerritos told POLITICO that in 2014, as a 25-year-old staffer to Assemblyman Ian Calderon, he was groped by Garcia, a powerful Democratic lawmaker who chairs the Legislative Women’s Caucus and the Natural Resources Committee.

He said she cornered him alone after the annual Assembly softball game in Sacramento as he attempted to clean up the dugout. Fierro, who said Garcia appeared inebriated, said she began stroking his back, then squeezed his buttocks and attempted to touch his crotch before he extricated himself and quickly left.

Fierro said he never reported the incident, which occurred years before the current #MeToo movement and new whistleblower legislation to protect legislative staffers. But after he mentioned the issue last January to Calderon, his former boss, the matter was then referred to the Assembly Rules Committee, which launched an investigation.

Fierro is not the only one claiming improper advances by Garcia. A prominent Sacramento lobbyist says she also accosted him in May 2017, when she cornered him, made a graphic sexual proposal, and tried to grab his crotch at a political fundraiser. He spoke to POLITICO on the condition of anonymity out of fear of reprisals.

The lobbyist, who represents a major industry association, said that Garcia appeared to have been drinking heavily at a fundraiser hosted by Governor Jerry Brown for state Senator Josh Newman at the de Veres bar in Sacramento. He said he was heading out the door in part to avoid the assemblywoman — who had been increasingly “flirtatious” and had called him on a few occasions before for late night drinks which he repeatedly declined.

She spotted him and said,“Where are you going?” the lobbyist said.

“She came back and was whispering real close and I could smell the booze and see she was pretty far gone,’’ he said. “She looked at me for a second and said, “I’ve set a goal for myself to fuck you.”

At that point, Garcia “stepped in front of me and reaches out and is grabbing for my crotch,’’ he said. That was “the line in the sand,” according to the lobbyist, and he stopped her. “I was four inches from her, eyeball to eyeball — and I said, ‘That ain’t gonna happen.’”

Read the rest about this upstanding Champion for women at Politico